Thi post is for all those curious souls who’ve asked me in the past where I find I’m finding freelancing work, and anyone who’s thinking that they might quite like a slice of the freelance pie.

I’ll start at the very beginning (a very good place to start) with my content mill days, and then share where I find my work these days.

My first ever copywriting job was the result of pure nepotism, as my wonderful cousins at the fashion copywriting agency Siblinc decided to give their clueless student cousin a chance.

Having got a taste for it, finding more work was up to me, so, I did what anyone in my situation would do, and turned to Google. The two freelancing sites, also known as ‘content mills’, that I stumbled across during my search were Fiverr and Upwork.

I started off with Fiverr, as it seemed less intimidating, and meant people would come to me rather than me having to pitch to them. That’s how I got my first, very, very low paid writing and translating gigs.

The deal with Fiverr is that you advertise what you’d be willing to do for US$5. It’s free to advertise and connect, but then they take a hefty 20% commission, leaving you with a grand total of $4.

You can also offer packages for multiples of $5, meaning the whole thing is very customisable, which savvy sellers can turn to their advantage.

Right at the beginning, as a student, it seemed like a huge novelty that anyone would pay me to write or translate anything at all, so I was innocently content, using it as positive procrastination from revising for my final year exams.

It was only the following summer, after I’d finished my degree, that I decided to put the necessary time and energy into Upwork.

On Upwork, you create your profile and then start pitching for relevant jobs. No one comes to you, so you have to do the legwork. Again, it’s free to sign up, but they take the same 20% commission of whatever you earn.

I had to send an awful lot of proposals out before I finally got my first jobs, and it was very low paid stuff. But, as I built up my profile and got a few glowing reviews under my belt, I was charging a little more and still winning gigs.

As I said in my last post, living in Mexico with a part-time job covering my expenses meant I was able to permit myself the luxury of working for next to no money.

So, would I recommend Fiverr?

It entirely depends on your circumstances.

There are a lot of things not to like about Fiverr. Two of my fellow freelance translators, Natalie Soper and Hannah Keet, did a bit of undercover work into the standard of translations you can get on Fiverr, and they didn’t draw particularly favourable conclusions. Read their articles here (Part 1 and Part 2).

Whilst US$5 doesn’t go very far in the western world, it’s important to remember that, in some countries, $5 is a fair chunk of money. If a translator is based somewhere where the cost of living is very low, they might be able to make Fiverr work for them.

A translator living in, say, the UK, is probably never going to be able to make a living from Fiverr, but for me, that was never the point. I was well aware that I was going to earn very little (the clue’s in the name!), but I wanted a kind of training ground.

I liked that potential clients were coming to me, rather than the other way around, because I’m one of those annoying introverted extroverts and I struggle to put myself out there, as I know many freelancers do.

It was a place to play at being a professional translator whilst I was still a student before I started taking it seriously.

As a copywriter, I did far better than I did as a translator. Whereas people looking for translations were generally one-off clients, I built relationships with clients I was writing for that I’m still nurturing to this day.

People that have never hired a freelancer before normally haven’t got the foggiest idea where to find one, so it’s no wonder that they end up on sites like Fiverr after a Google search.

They don’t yet know what a good copywriter is worth, and those low prices can be very seductive. But once I proved I was worth my weight in gold, they were happy for me to take the deal off the site and keep upping my rates.

Many other kinds of creatives, like graphic designers or illustrators, have launched incredibly successful careers on Fiverr, turning the format to their advantage and hooking in clients that keep coming back.

That was all a long-winded way of saying that for copywriters and translators, Fiverr should only ever be nursery school, and only if you’re in the fortunate position that you’re not yet relying on freelancing to pay your bills.

Now, I have to admit that I probably wouldn’t be where I am today without Upwork, much as it galls me to say so.

My problem with Upwork is that they charge extortionate amounts of commission and when they suspect you of trying to ‘circumvent’ their platform, as they did in my case, they won’t listen to your side of the story.

I had my successful, thriving account unceremoniously closed down after a client suggested that we take the arrangement off Upwork.

I didn’t reply positively, but it was still me that got banned whilst nothing happened to him, naturally, because he was the one they could get more money out of. Charming. Bitter? Me?

On the other hand, Upwork did give me some incredible experience. I translated a full book, Latino in London, on there (although I have to admit I did it for peanuts, I loved doing it) and got a fair few copywriting clients out of it. One of them went on to offer me a 20-hour a week editing job for their health blog.

I’m still doing a few hours a week for that client today, at a much higher rate than the one I started on at the beginning of January 2017.

What’s more, I’ve learned huge amounts about SEO, outreach and generally launching a profitable site, having worked on several different ones for them.

All in all, I probably would reluctantly say that Upwork is worth a go to begin with, as long as you’re willing to put the time and energy into finding work. It’s a great place to build your confidence and get a bit of experience under your belt. Just make sure you don’t hang around there for too long.

I was probably getting a bit too comfortable there, so getting kicked off Upwork was most likely a blessing in disguise (I admit grudgingly).

It meant I had to start looking for work more proactively, away from the content mills. Ultimately, it made my business more sustainable outside of Mexico. 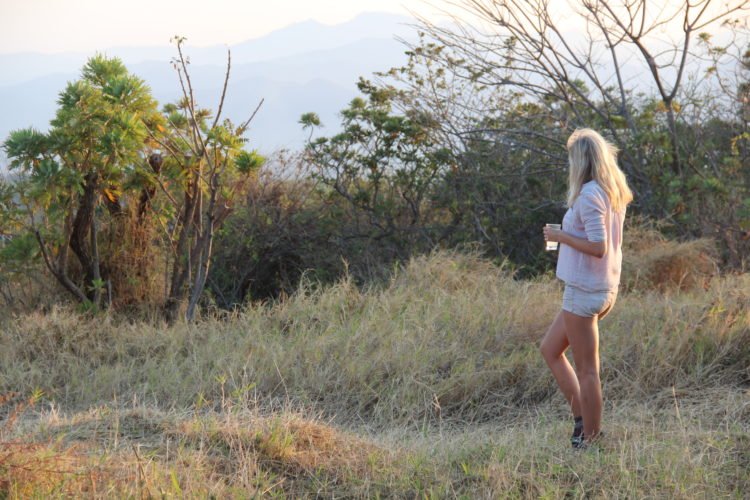 Where do I find translation and copwriting work these days?

I’m a paid member of the translator’s platform ProZ and also have a free profile on Translator’s Cafe, and those two sites have been invaluable for finding new translation agencies to work with.

The free profile on ProZ that I had for over a year never got a single bite, but within days of paying up I’d landed enough work to cover the membership fee. Translator’s Cafe, however, was a source of clients from practically the first day I signed up.

I get alert emails from both of these sites whenever a relevant job is posted, which I then send in a bid for. That’s how I’ve found all of the translation agencies I’ve worked with.

I now work with about five different agencies on a regular basis, some more regularly than others, based in Brazil, Spain and the UK.

I’ve also picked up a few copywriting clients through those sites. One was an Egyptian translation agency in need of copy for their new site, and one an advertising and design agency based in Cyprus, who were looking for translators and advertised for copywriters whilst they were at it.

Essentially, international customers who often need translations but have found themselves in search of copy written from scratch in English often turn to these sites, so they’re a good place to be.

Sure, these sites might still strike some people as being translation-specific content mills full of under-paying clients (freelancer Ben Karl explains why he isn’t a fan here), but my personal experience has been very positive.

My copywriting client base has grown fairly organically. I’ve still got a few of my original clients from Fiverr and Upwork, and have had referrals from them.

Last, but definitely not least, are the clients I’ve picked up through social media and online communities.

These have mostly been fellow freelance translators whose native language isn’t English and who need their writing in English checked over for accuracy and style, or want blogs or copy written from scratch for their websites.

A big priority of mine is getting better at using social media for my business.

I have periods of days or weeks when I’m super engaged on Twitter and feel like I’m finally starting to build relationships. But then, I just go off the boil and feel like I’ve got nothing to say.

I am learning, though, and I’m loving discovering communities like #ContentClubUK, a welcoming bunch of British content and copywriters who are more than a bit biscuit-obsessed.

Are you a freelance translator or copywriter?

Where do you find most of your work, and has it changed as your business has evolved?

Shoot me a message, I’d love to compare notes.

2 thoughts on “How I Got Started With Freelancing: Finding Work”

Hi there! I'm Katie. I'm a friendly, location-independent copywriter and translator (SP/PT>EN) based in Zaragoza, Spain. I translate, edit and create memorable, engaging English for LSPs and the ecotourism industry.

WHAT I’VE BEEN WRITING ABOUT

This website uses cookies to improve your experience while you navigate through the website. Out of these, the cookies that are categorized as necessary are stored on your browser as they are essential for the working of basic functionalities of the website. We also use third-party cookies that help us analyze and understand how you use this website. These cookies will be stored in your browser only with your consent. You also have the option to opt-out of these cookies. But opting out of some of these cookies may affect your browsing experience.
Necessary Always Enabled
Necessary cookies are absolutely essential for the website to function properly. This category only includes cookies that ensures basic functionalities and security features of the website. These cookies do not store any personal information.
Non-necessary
Any cookies that may not be particularly necessary for the website to function and is used specifically to collect user personal data via analytics, ads, other embedded contents are termed as non-necessary cookies. It is mandatory to procure user consent prior to running these cookies on your website.
SAVE & ACCEPT